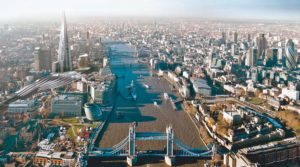 The forecast showed what we should expect in 2020 and next five years in such significant topics as Brexit, housing market,

economy, lettings and other.

As chartered surveyors based in London, we pointed out few key points which are very important not only for us but also for many other Londoners. The report said that it will take some time before every part of the London housing market will be firing on all cylinders again. Market confidence should be lifted immediately after the General Election and the leaving of the EU. However, it will take time for households and housebuilders to return to the market with vigour.

Despite that London will still remain one of the fastest growing, dynamic and innovative cities in the world. As well the London economy will be very strong over the next five years despite UK leaving the EU.

As for the UK in general, JLL forecast mentioned that economic and political backdrop to the housing market will be more robust over the next five years compared to the last five. Despite this, they forecast notable increases in house prices, transactions and housing starts across all regions of the UK over next five years. Indeed, the medium-term outlook for the UK housing market is remarkably positive.

For more information and to see full JLL UK & London Residential Forecast click on the link below: